Speak without obligation to University of Reading, School of English & American Literature

Your request has been sent correctly

Would you like to receive information about these related courses?

Some institutions ask us for this data. Please, fill them in

Comments about MA (Res) English - At the institution - Reading - Berkshire

Other programs related to English Language and Literature 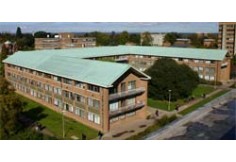 This site uses cookies. If you continue navigating, the use of cookies is deemed to be accepted. See more  |